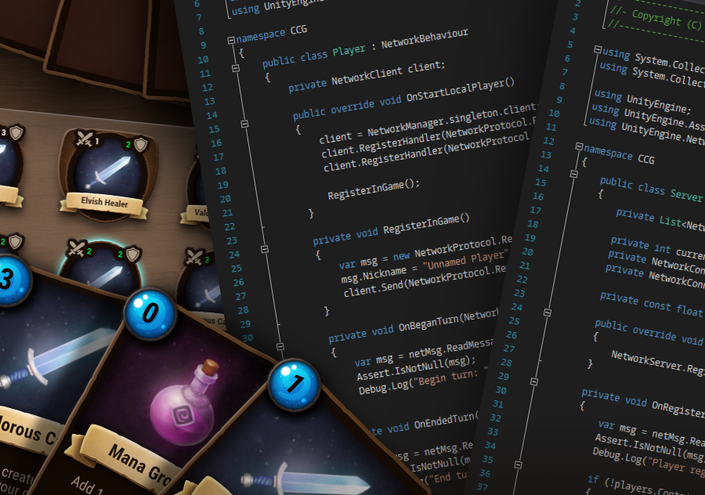 Create your own multiplayer CCG with Unity: Fundamentals

The coupon code you entered is expired or invalid, but the course is still available!

Learn how to create a multiplayer collectible card game inspired by Hearthstone with Unity.

Who is this class for?

What are you going to learn in this course?

You will learn how to create a multiplayer CCG that plays like a simplified version of Hearthstone. Many of the fundamental gameplay concepts needed in a collectible card game will be covered: turn sequence, mana, creature and spell cards, combat, and more. The networking will be fully server-authoritative, meaning our code will be resilient to hacking.

How is the course structured?

This course is entirely project-based, meaning we will work on building a complete example game from scratch. This game will be heavily inspired by Blizzard's masterpiece Hearthstone.

The course is entirely text-based and does not include any videos.

The future of UNET

The contents of the course are currently the same as the original course published on Gumroad. Unity recently announced they are working on a new multiplayer system that will replace UNET in the future. Over the next few months and as the new system matures, we will start work on updating the course as needed. You do not need to worry about the contents of the course becoming obsolete in a few months; we will progressively update it at no extra cost for you. 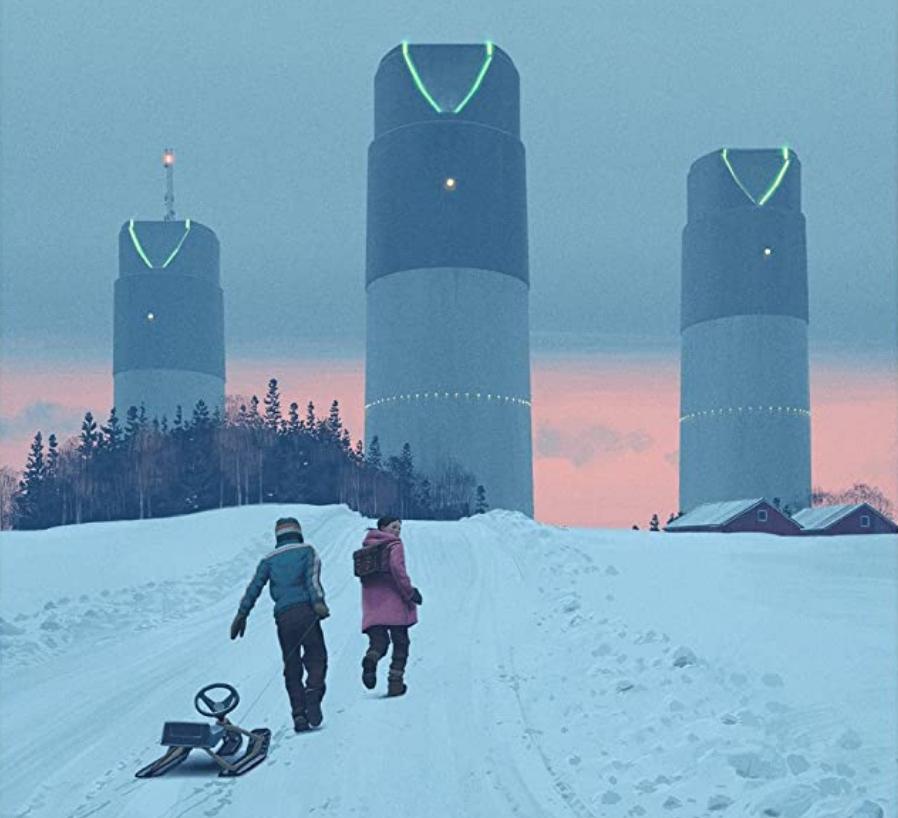 Hi! My name is David and I am a game programmer with more than a decade of experience in the industry. After working for many different studios on many different projects, I started my own company, gamevanilla, together with ricimi. We are responsible for CCG Kit and Single-Player CCG Kit, the most popular collectible card game assets on the Asset Store.

As a Unity certified developer, I have worked as a teacher at the Postgraduate degree in game design and development at Universitat Oberta de Catalunya.

My ambition is to continue chasing my dreams and helping others accomplish theirs by working on exciting games, game development middleware and game programming courses.

Table of contents
Available in days
days after you enroll

When does the course start and finish?
The course starts now and never ends! It is a completely self-paced online course - you decide when you start and when you finish.
How long do I have access to the course?
How does lifetime access sound? After enrolling, you have unlimited access to this course for as long as you like - across any and all devices you own.
off original price!

The coupon code you entered is expired or invalid, but the course is still available!